The Rise of the Anti-Christ World Leader Will Be The Author Of Confusion, The Master Counterfeiter, And Through His Many Images He Will Deceive the Nations 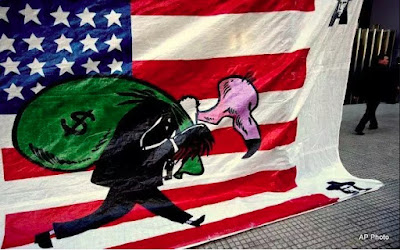 This ambiance of panic and fear – outstrips any sense of reality, when the truth doesn’t matter. People can’t even think any more about the causes and what may be behind it. Nobody believes you (anymore), the Military Games, the high-security biological war … what could have at one point been an eye opener for many, today is sheer conspiracy theory. The power of propaganda. A destabilizing power – destabilizing countries and people, destroying economies, creating hardship for people who may lose their jobs, usually the ones who can least afford it.

The Anti-Christ world leader will be the author of confusion, the master counterfeiter, and through his many images he will deceive the nations. The Antichrist will come on the world stage peaceably, with flatteries, via powerful persuasion and propaganda. By this means he is able to creep into houses and lead captive the masses.

Through his many images and idols he shows himself clever, for acceptance of his 666 mark of the Beast (Revelation 13:16-18) will be the fashion–the logical, the reasonable, the convenient, the safest, the securest, the vital, the norm, that which is accepted in the eyes of man, both small and great.

It’s getting darker and colder all the time, and many people in the world can feel it. They may not understand it, and they don’t always want to admit it, but it’s happening. The sun is setting, the darkness is falling, and the world is looking for hope, for some ray of light. The nations question “Why this and why that? Why all the pain and strife in the world? Why the slaughter of the innocents? Why troubles and sorrows?” These questions are being raised in people’s hearts and minds, and those whose foundations have been built on the sand, or others who had no foundations to begin with, have no answers.

Here’s The Harsh Reality: Today, The Biggest Risk For Global Catastrophe Isn’t What It Was 50 Years Ago…

This presentation PROOVES WITHOUT DOUBT that America is in for a major fight that will put you and your family in the firing line, literally… So make sure you watch this presentation while it’s still online…

REVELATION 13:16 And he causeth all, both small and great, rich and poor, free and bond, to receive a mark in their right hand, or in their foreheads:

REVELATION 13:17 And that no man might buy or sell, save he that had the mark, or the name of the beast, or the number of his name.

REVELATION 13:18 Here is wisdom. Let him that hath understanding count the number of the beast: for it is the number of a man; and his number is Six hundred threescore and six. 666

The technology for the Antichrist’s One World monetary system and “Mark of the Beast” is already developed and ready to be put into effect. Just think, all the peoples of the Earth united, on the same wavelength, the same channel.

All around, every single day, there are signs of the coming End, signs of the Antichrist, signs of the coming One World Order. Man’s knowledge has also increased in these last two years, as it has in other recent years, but it now heads in more dangerous directions than in the past, including attempts to clone human beings, fuse man and beast in the embryo, or genetically modify man. As men seek to unravel the secrets of life, they also seek to combine it with machine. They seek new and improved robots to serve man, giving them artificial intelligence and mobility such as they’ve not had before. They seek to make man himself more of a machine, implanting chips, sensors, and electrodes to enhance man’s powers and intelligence.

These chips and implants come with many benign purposes: They increase security for children and protect them from abduction; they monitor criminals; they check the health of their subjects and release medicine into the body; they make identification quick and easy; they prevent fraud; they monitor and increase productivity; they make life more convenient in many ways. In the last two years we’ve seen a great increase in the knowledge that has made such things possible and public acceptance of the devices themselves.

Despite the promises of technology, modern comforts and conveniences, and affluence unknown in the past, poverty persists. War threatens. Disease stalks and kills many. The world thinks they’ve entered the great new age of technology, and the 21st century is going to thrust them into the greatest glories of their “techno-age.” The technology known as biometrics, for example, the process of collecting, processing and storing details of a person’s physical characteristics, has excited the interest of governments and companies because, unlike other forms of ID (cards, papers, etc.), it knows the target human as well as a mother knows her children. The most popular forms of biometric identification are retina scans, hand geometry, thumb scans, fingerprints, voice recognition, and digitized photographs.

This is the sort of power that will be needed to run the Antichrist’s computers and government. here’s nothing intrinsically wrong with the technology and being able to do things faster and better. But these will be useful mechanisms of the Antichrist’s New World Order. Technology has broken down borders and nations are becoming less important, which will make the creation of his one-world government relatively simpler. It’s happening so gradually that global government will just be a logical next step.

The world will accept him, only to find that the heaven on earth he’s promised them has become hell on earth, with hell hereafter for those who take his 666 Mark of the Beast. They’re trying to control living beings with technology, with chips that they’ve finally managed to incorporate in their brains. And they’ll go on developing that technology until it reaches its apex in the Mark of the Beast, with which evil men would seek to control and monitor men even more.

Are you ready for these great and final events of the end? You can get ready now by receiving Jesus into your heart. Simply pray this little prayer and He will come in: “Dear Jesus, I believe that You are the Son of God and that You died for me. Please forgive me for all my sins. I ask You, Jesus, to please come into my heart and give me Your free Gift of Eternal Life.

In this short VIDEO, I will unearth A lost super-food will bulletproof you against any food shortage or famine. It’s a food that vanished with the Incas over 6 centuries ago

In the next crisis these lost skills will be more valuable than gold, food supplies and survival equipment combined. These skills have been tested and proven to work for centuries.

Here is just a small glimpse of what you’ll find in this massive 300-page sequel (in color) to The Lost Ways:

Popular posts from this blog

The Warnings Continue To Go Out. The Situation Continues To Deteriorate. The Mass Of Humanity Continues To Go About Its Normal:You may follow every rule.You may in fact die at the hands of this heinous state. 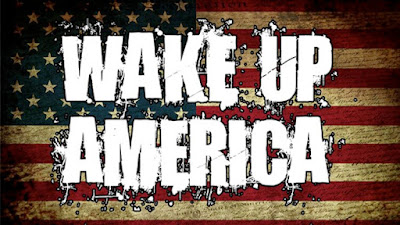 What does it take to make you sit up and take notice of the problems surrounding society today ? What will it take to make you respond to the many crises taking place today? You have eyes so you can see and ears so you can hear but for many people, any negative news is a reason to tune out the world and only think good thoughts. The problems we face continue to pile up and doing nothing is not an option if you expect to survive the next few years intact. Prior planning and execution of a plan are now required to stay out of the flood zone when the dam breaks and everyone starts to drown. It does not matter what kind of person you are. You have to be able to save yourself before you have the ability to help others including your own family. You cannot protect your family if you cannot protect yourself from dangerous situations or people. You cannot protect your family if you are too weak from lack of water or food to get others to safety. You cannot protect your family from the elements
Read more

INTERESTING TIME LINE-How The World Could Change In 7 Days: One Moment The Building Is Alive, Bright, Vibrant, Buzzing. With The Flip Of A Switch, It Lays Still, Cold And Dead 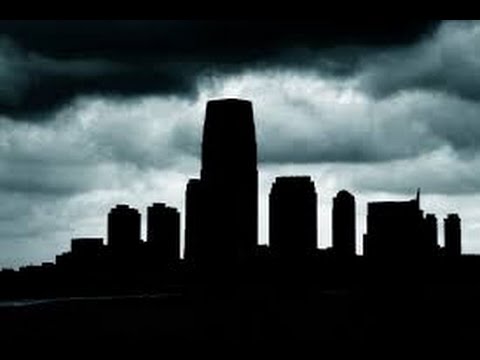 You might be thinking, hey, I’ve got this one covered! I’ve survived lots of power outages. If that is your thought process, you could not be more wrong. Anyone who considers, even for a moment, how interconnected and interdependent our existence has become … so full of overly-complex, over-engineered, over-automated systems driving every aspect of our increasingly fragile existence that is dependent on just-in-time inventory and shipping virtually everything we need ridiculous distances … arrives at the same inescapable conclusion: that mankind has built a house of cards. I doubt we could have created a more fragile world if it had been our aim from the beginning. We have painted ourselves into a corner and we are going to make a mess getting out. Few analogies are as simple and powerful as tripping an electrical breaker to disconnect a building from the grid. One moment the building is alive, bright, vibrant, buzzing. With the flip of a switch, it lays still, cold and dead. On/off. A
Read more